I had the chance to meet and interview one of Zimbabwe’s upcoming artist, Mthulisi Ndlovu, also known as KingKG. He is a writer and he just published a 51-page epic poem, UBUNTU (The Raw Truth Unraveled) where he is advocating for meekness and selflessness. In this interview, the best part is when he talked about how technology is impacting his career as a writer. Let’s hear from the man himself without wasting much time.

Who is Mthulisi Ndlovu? (your general background)

17th of July 1995 in Somnene Plumtree Zimbabwe. He did his primary education in the new resettlements at Fairview Primary School in Plumtree. He was raised by his late grandmother Miss Elizabeth Matraya Moyo. After the completion of his primary school he then went to Luveve College in Bulawayo for secondary education and did his Advanced level at Amhlophe High School.

“I chose poetry because i get to fully Express myself better and address various vital life issues that we face every day.”

How is the poetry inspiring your audience?

“My works have impacted and inspired many around the world. This is evident through various humbling testimonials that i receive on a daily basis through my social media sites. This is igniting the zeal to do even more.”

“This particular project that we have just polished is Titled UBUNTU(The Raw Truth Unravelled). It is a 51pages long one poem book and is the longest ever poetic assertion on UBUNTU as a philosophy in history of world publications. Through this book i have been slated as one of world’s youngest ever poets to venture into the territory of Epic writing.”

“I wanted to do something outstanding and unusual that is going to leave a mark and positively impact the world. Reevaluating our “Africaness” time and again is so pivotal. A people without Knowledge of their true identity are just mere rootless shrubs that can easily be swept away by violent winds and or flood.”

“Through the philosophy of uBuntu and it’s principles we learn to understand more of who we are, our true purpose and the expectation of our existence. The exploration and exploitation of uBuntu is surely an imperative for survival.”

“Encoded in this book is an unforgiving reminder, bold and sincere voice with a sole mandate of reminding the human race that: It is never too late to rethink and retrace where we could have erred and fix our ways for a better, brighter and safer world that respects, enhances and values the spirit of ‘WE’ than that of ‘I’ “.

With technology taking over, how is it impacting your work and how do you intent to adopt it?

“As an artist specifically in the field of literature, technology is fast claiming prowess. We are now living in a global village where information and Knowledge is being shared in a bolt speed. Therefore as a poet and writer i have since tried my best to go with the times and adapt. Technology has indeed positively contributed and impacted my art works. I am now able to instantly share my creative writings with the world via social media sites and the internet in general. Online Media houses are indeed helpful in cementing our profiles and online visibility.”

“Technology has really played a pivotal role in connecting me with other writers and poets in the other side of the world. We get free assistance online and mentorships on how to better and sharpen our works as Artists. If technology was to be put in good use and the internet utilized accordingly then surely making it as poets and writers is inevitable. I would love to thank the efforts that the media is putting in making sure that it exposes talent to the world”

“It took me about 3-4 days to pen this epic poem. And about 3 full months to come up with a final draft. The book has attracted the International attention as it is going to be showcased in London at the World Travel Market from the 4th-6th of November 2019. The book is also going to be republished in Canada by Cradlebooks and it will be made available in both the online stores and in hard copies.”

Mthulisi Ndlovu is also a record holding poet as he penned the longest poem ever to be published in isiNdebele, the poem titled UBUNTU NQABA NGQO (UBUNTU above all) was published in 2017 also as a book. He has also co- authored 2 anthologies published under Zimbabwe Publishing House making them 3 in total sofar.

His latest book (The Raw Truth Unravelled) was launched on the 4th of October 2019 at the Cillas Conference Centre opposite Bulawayo Center. Renowned Historian and play writer Mr Pathisa Nyathi being the guest of honor alongside Njabulo Moyo and record holding poet Philani A Nyoni. There were invited guests from South Africa too.

Many thanks goes to TROVOCO family, PAN, Marshal Chiza, African Sketches, CMG Solutions for the cover design, Victor Ndlovu, Nonhlanhla Ndlovu, Linda Dakamela, Sijabuliso Ndlovu, Ronald Mxolisi Tshabalala, Praxedes Moyo, Minehle Moyo and Dalubuhle Moyo for the logistics and many others who have made sure that this publication comes into life…

If you wish to get intouch with Mthulisi Ndlovu, here are his contact details: 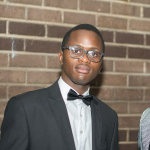 CMG Solutions was established to give assistance to Entrepreneurs, SMEs or any organization in building their brands through creative designing and digital marketing.

Why Digital Marketing is important for your business

Understanding the importance of data in marketing

What we can offer

How to get your business online

Understanding the basics of SEO